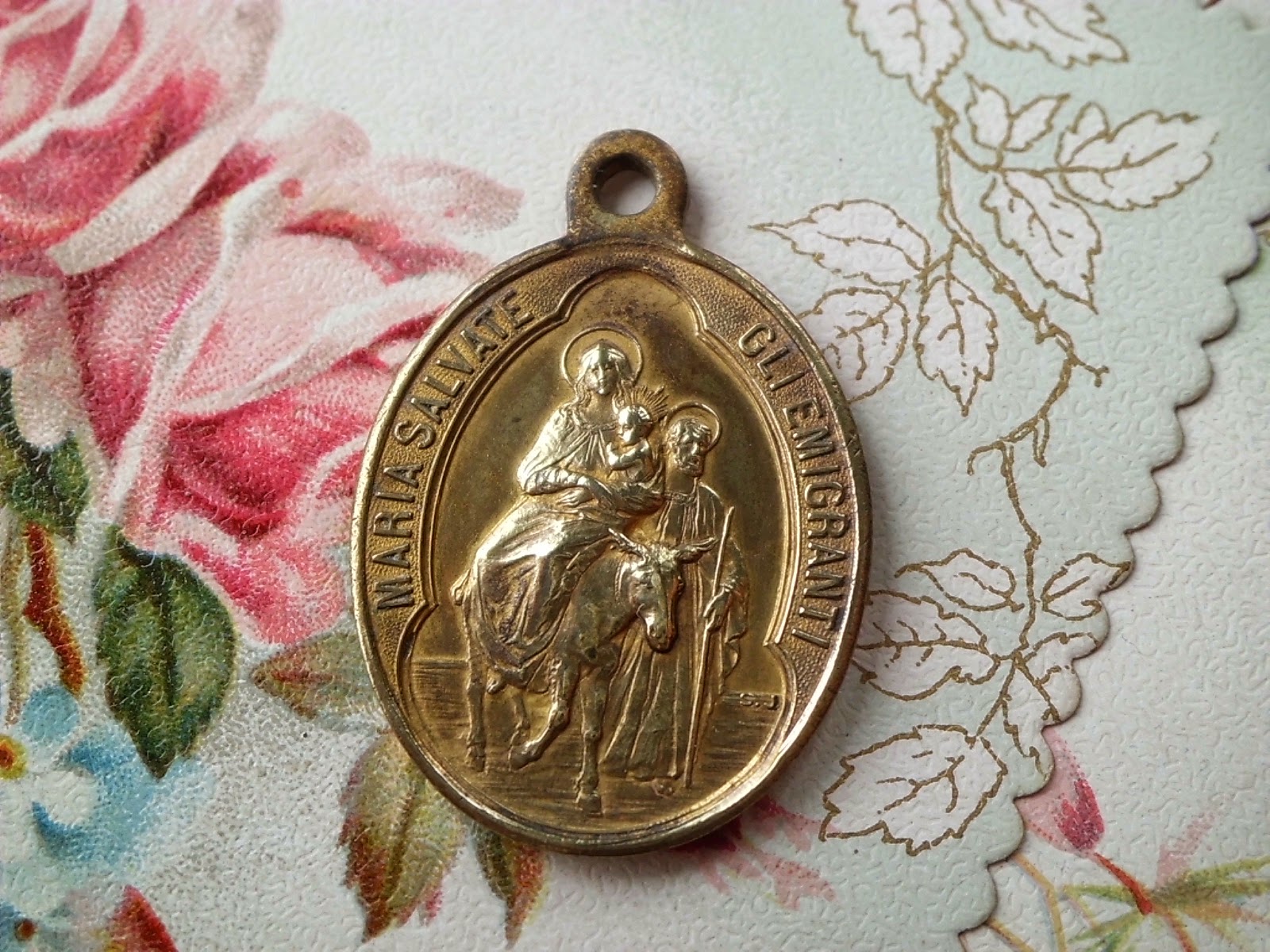 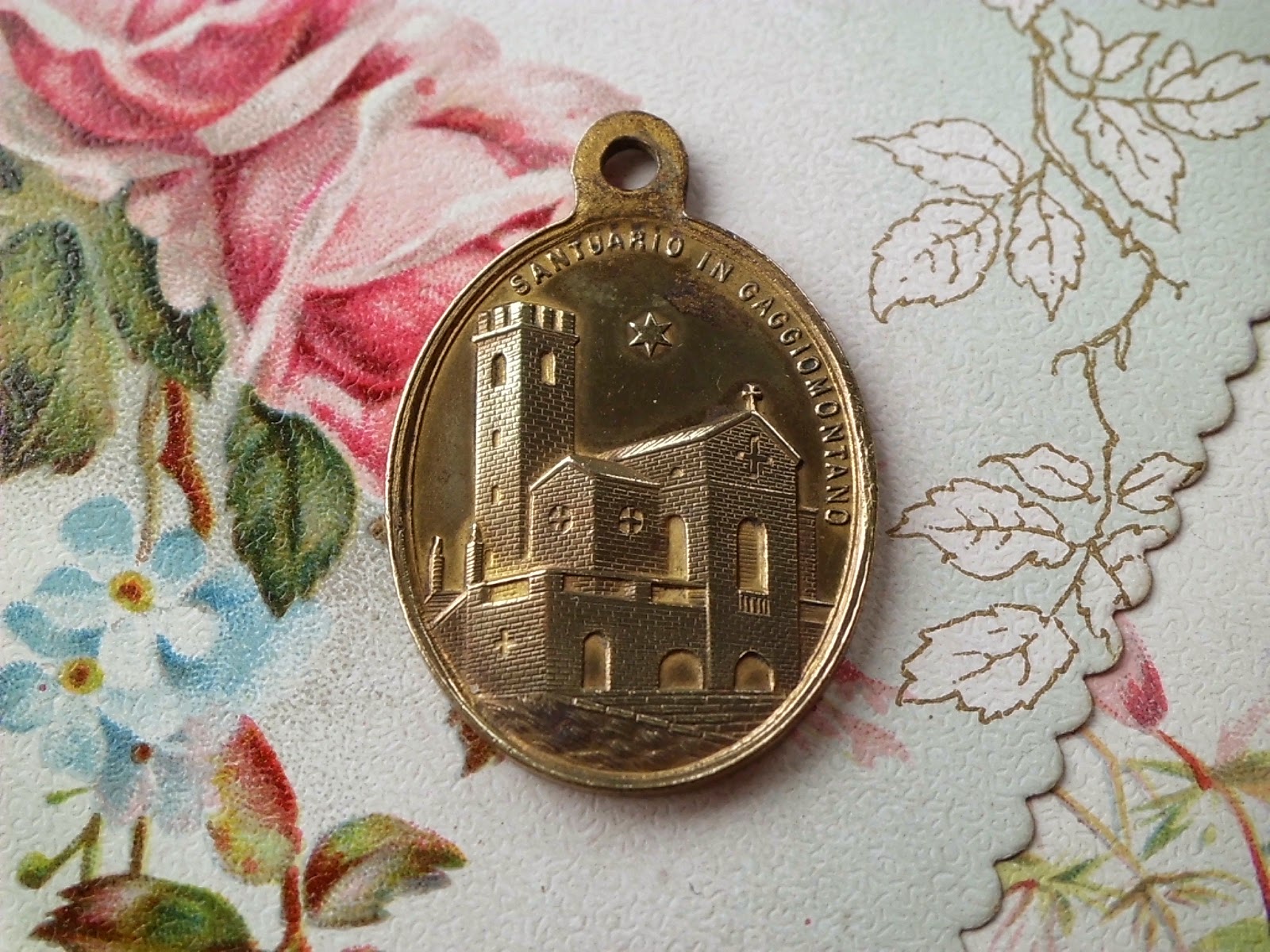 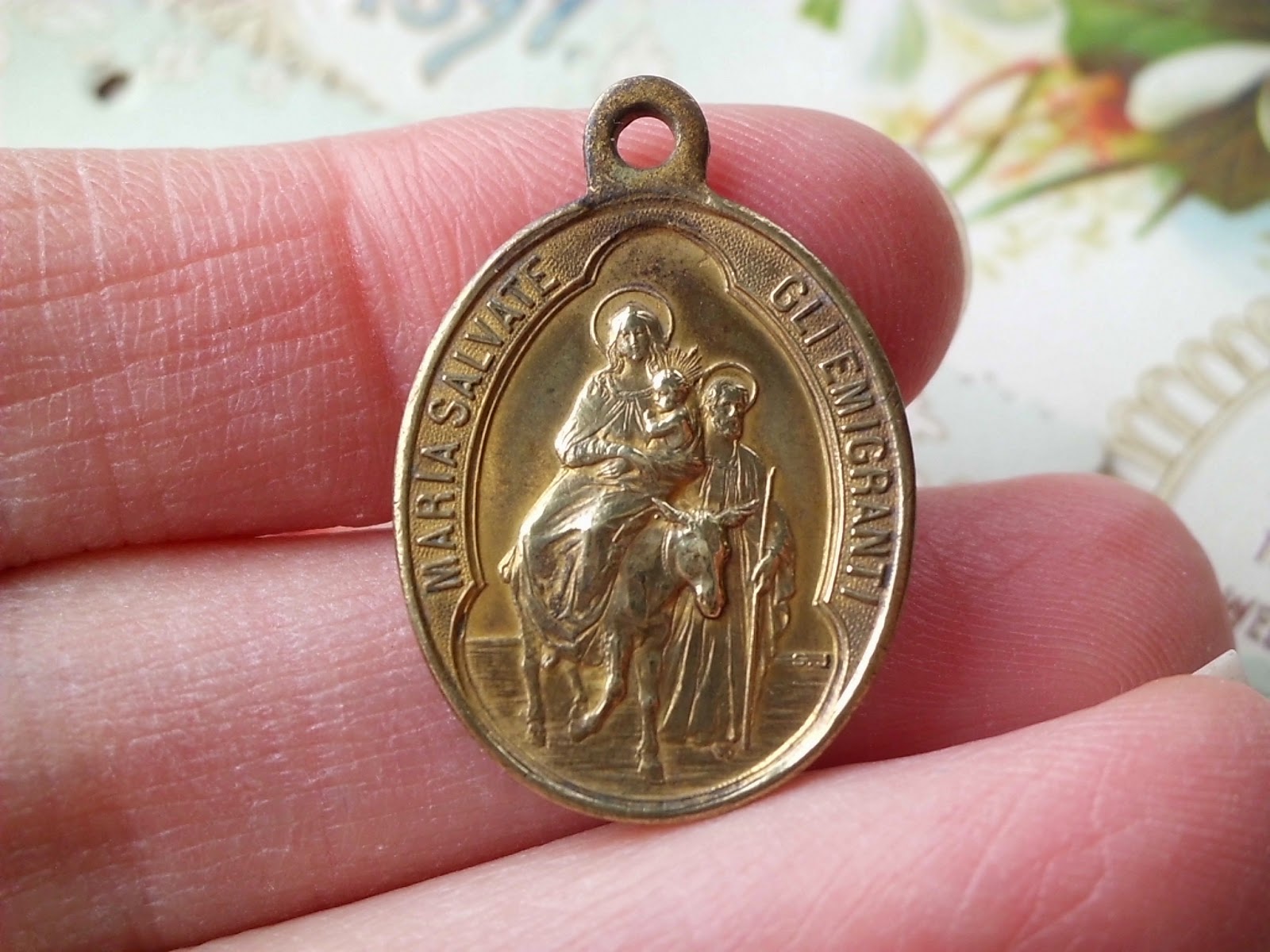 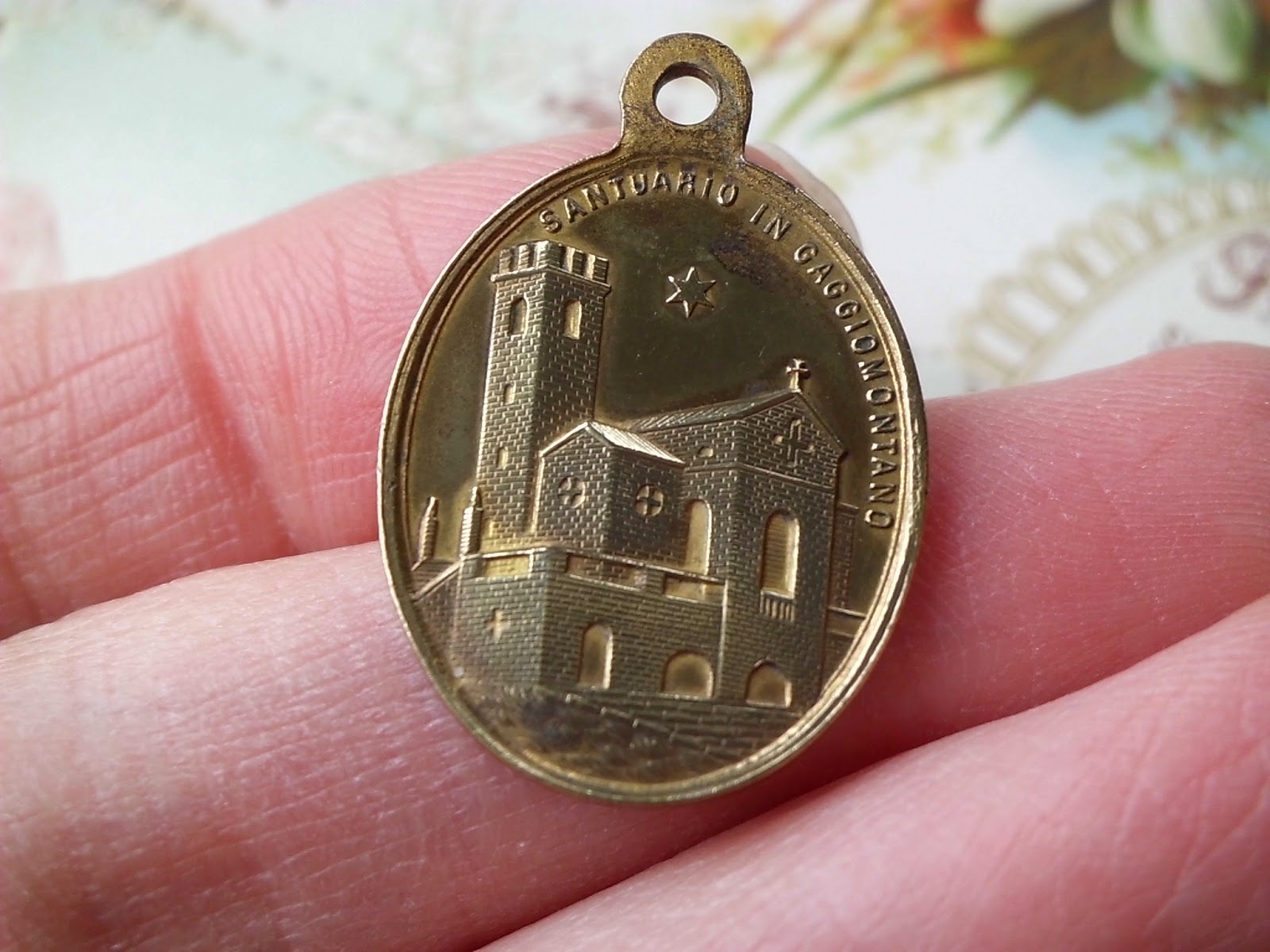 Vintage religious medal of the Holy Family - the medal measures approximately 1 & 1/8ths of an inch tall including the bail. This medal is a souvenir of the Shrine of Our Lady of Emigrants in Bologna Italy.

Please see below for information taken from an Italian tourism website regarding the shrine.

Shrine of Our Lady of Emigrants

Contact City Hall Gaggio Montano 0534 38003
Serra di Ronchidoso 40041 Gaggio Montano BO
How to get there: The Shrine of Our Lady of Emigrants located over a thousand meters high above sea level and is easily accessible by a road from Gaggio, or with a network of trails that pass below the summit of Mount Belvedere. There is
Weekday hours: CLOSED
Celebration Hours: CLOSED
Weekly closing: Night
Opening times: SUMMER


The Shrine of Our Lady of Emigrants located on the ridge in the locality Ronchidoso, very nice place, a few kilometers from Gaggio Montano, since "this shrine to be all," as they remember to this day the locals.

The Shrine of Our Lady of Emigrants was built by Bishop Charles Emmanuel Meotti who chose the mountain above the village, on the Serra Ronchidos.

The Sanctuary was to be dedicated to the Holy Family in Egypt and had to have emigrant spaces below for the refuge and refreshment of travelers. On the side of the church is still visible on the porch from which you access the premises for a time the hospitality of travelers and pilgrims.
Inside it houses a painting of the early twentieth century depicting the "Flight into Egypt" example of all those who have had to leave their homeland to seek work in foreign countries.
Thanks to the remarkable deals migrants, mostly shipped from America, Don Meotti was able to build the sanctuary.

The church of Our Lady of Emigrants was inaugurated in August 1906 and the. Cardinal Domenico SVAMPA.

This sanctuary is infamous because it's been the scene of dramatic events during the Second World War. In the church of the Shrine of Ronchidos was born June 24, 1944 the partisan brigade "Freedom and Justice" who worked in these areas, the brigade was composed of children gaggesi and the countryside. On 29 September 1944, following a clash between the party "Justice and Freedom" and the German forces in retreat, the Nazis worked retaliation. The victims were 69 and their names are listed in the shrine that was dedicated to their CASON HAUTE, at the Shrine of Ronchidos, which contains the remains. Today the sanctuary is surrounded by greenery and tranquility of the woods, offering an opportunity for refreshment and meditation pilgrim and a show of rare charm and beauty to the tourist.
Posted by Michelle at 12:03 PM